Setouchi City is located in the east of Okayama Prefecture, and once produced Japanese swords in large numbers. Even today, you can see sword-making experts plying their craft. Setouchi is also close to the sea, and is popular for activities such as marine sports and camping. Old Japanese townscapes still remain here, allowing you to walk around and immerse yourself in nostalgia. 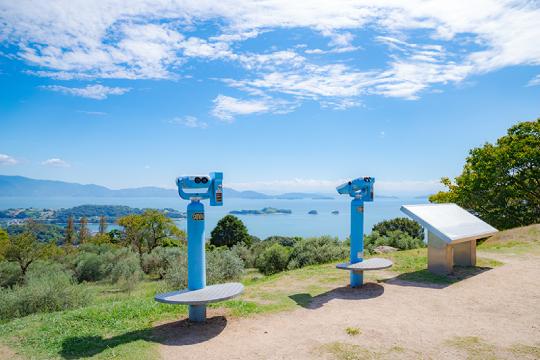 Ushimado Olive Garden has vast grounds. You can buy a number of olive products here, as well as experiencing olive harvesting in the fall. The summit of the mountain offers a superb view of the Seto Inland Sea, known as “Japan’s Aegean Sea.” This spot is a quintessential tourist location in Setouchi City, boasting a hill with stone pillars, similar to those of ancient Roman temples, and a “happiness bell,” which carries joy and is a sacred place for lovers. 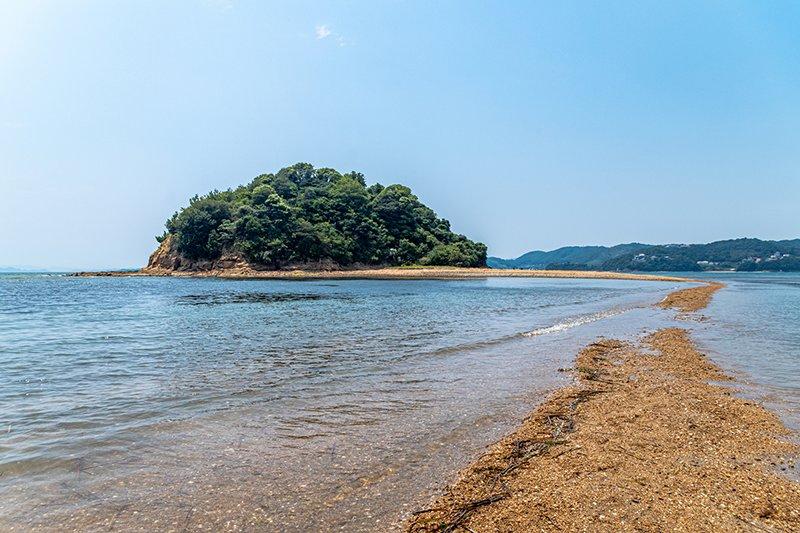 Kuroshima Venus Road is a bow-shaped path that only appears at low tide, when it connects the three islands of the Seto Inland Sea. This mysterious road, which disappears and reappears, is a power spot for lovers. It is said that if you and the person you like both touch the “Heart Stone” that lies at the end of this sandy path, you will be granted love.
On Maejima, which you can reach in five minutes by ferry, you can enjoy the observatory and activities such as cycling. At sunset, you can also see the beautiful scenery of the Seto Inland Sea dyed orange. 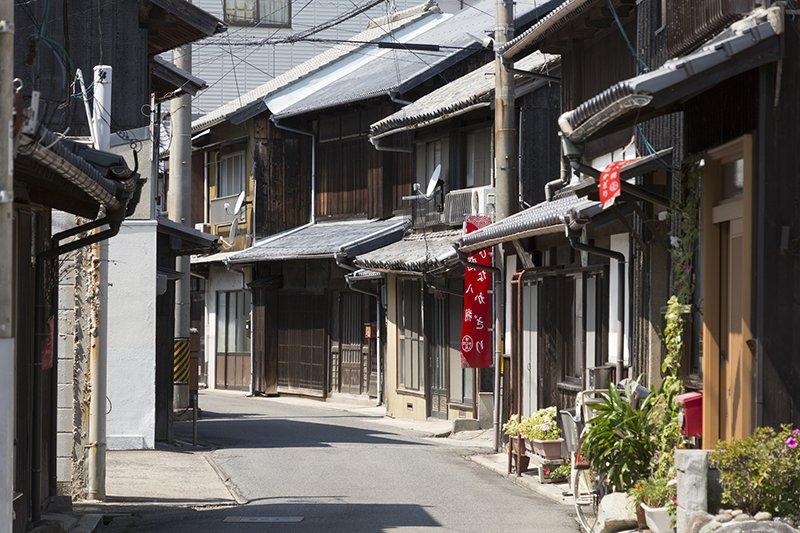 This street holds vestiges of Ushimado through time—from over 300 years ago, when it flourished as a port town, to around 1955. Numerous traditional structures still stand here, and you can feel both a retro atmosphere and the history of Ushimado, touched by foreign cultures from a long time ago. You can also relax in stylish cafés reminiscent of old residences. The sunset over the Seto Inland Sea, known as “Japan’s Aegean Sea,” is stunning. 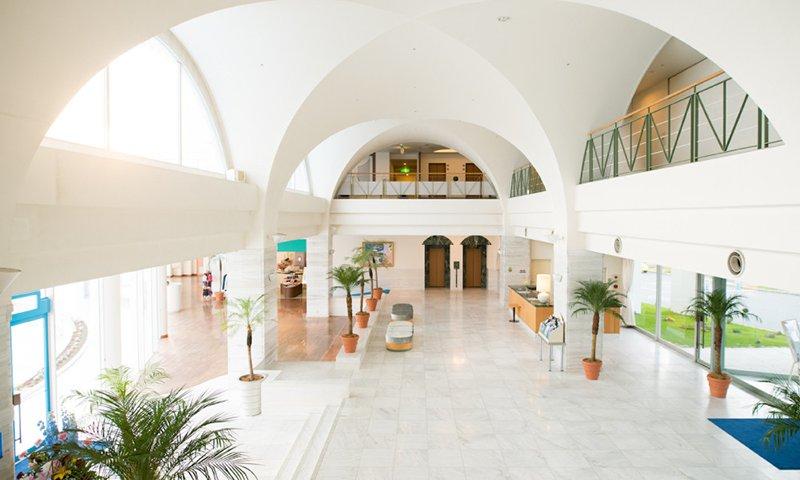 This white Grecian-style hotel stands right in front of the sea. You can relax in any of the guest rooms, which all have sea views. In addition, one of its restaurants offers terrace seating with views of the beautiful sunsets, and you can watch the waters while you savor carefully-selected ingredients such as seasonal seafood from the Seto Inland Sea.
You can even enjoy yourself with their experience plan, which includes sailing on a yacht and marine sports. 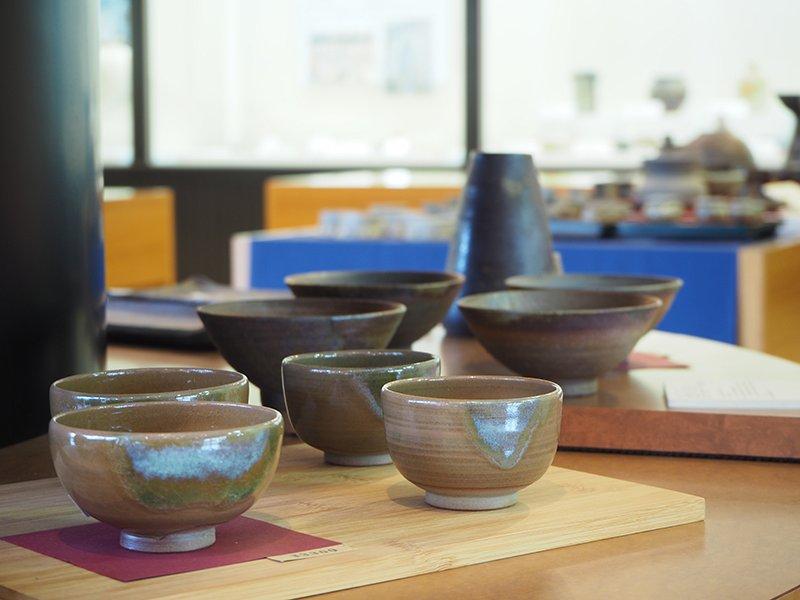 Pottery known as sue ware was fired in this area around 1,400 years ago, and this Hall displays the history of excavated sites and the artifacts found there. If you book in advance, you can also join in pottery glazing and ceramic art experiences, during which you can create original pieces of pottery. The Hall even sells ceramic tableware and other items, which are perfect for your own use or as souvenirs. 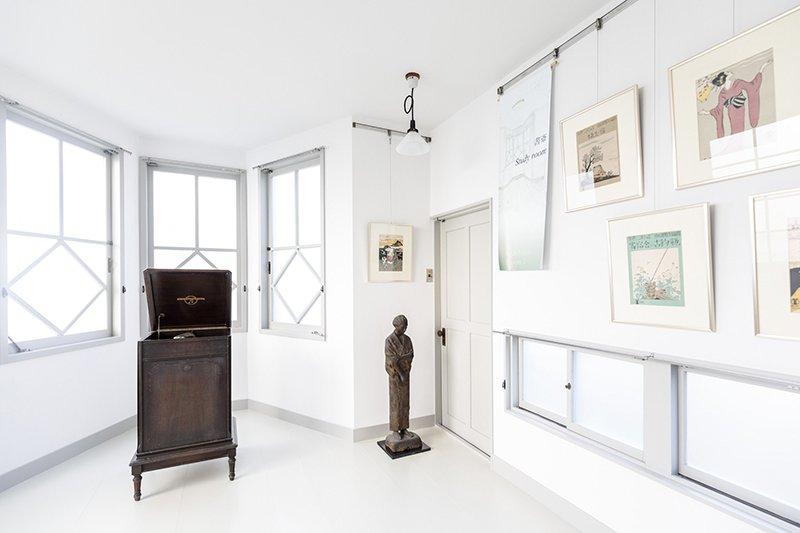 This facility gives you a sense of the works and life of Yumeji Takehisa, a famous Japanese poet and painter born in Okayama Prefecture. The 250-year old building where he was born has also been opened as an art museum, and displays different works in each season. The Shonen Sanso, which stands within the grounds of the residence, was the atelier/residence that Yumeji designed and constructed in Tokyo during his later years; it was rebuilt here. This location could even be said to the origin of Yumeji’s art. 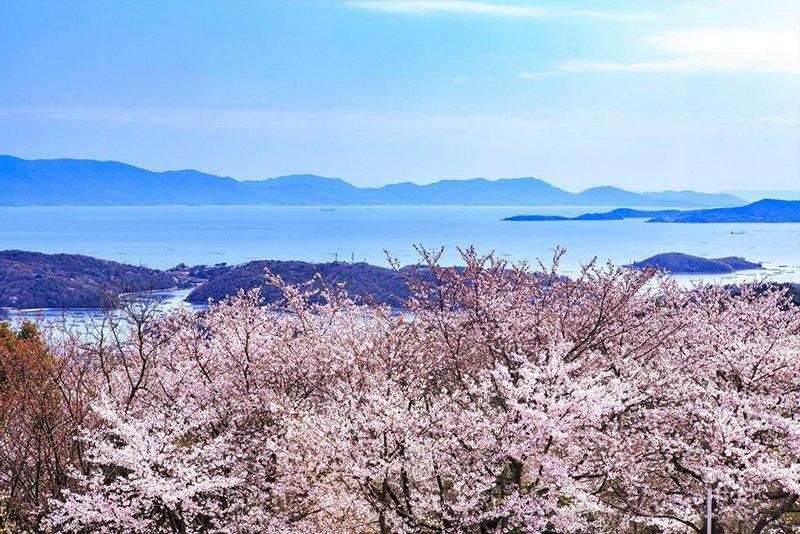 Feel the four seasons of Japan in Okayama Ikoi Village, with 2,500 cherry trees in full bloom in the spring, barbecues in the summer, crimson leaves in the fall, and hot pot dishes made with locally-bred oysters in the winter. The area around the village is famous for some of Japan’s most beautiful sunrises, and depending on the season you may even see a “Daruma sunrise” (when the sun above the horizon line looks like a Daruma doll due to refracted light). 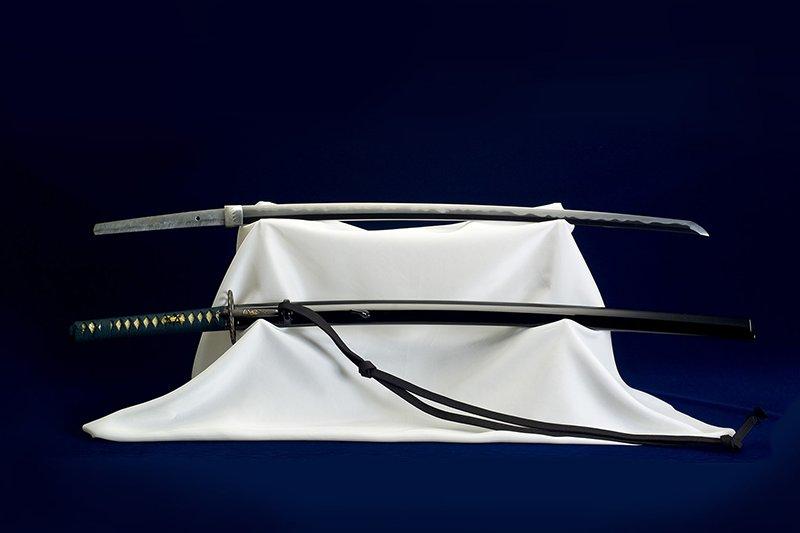 This facility dedicated to Japanese swords is rare in Japan. It is located in a town that flourished as a sword-producing area for 1000 years, and the main facility displays rows of genuine Japanese swords. In the forge, you can watch the swordsmiths actually creating the swords.
The traditional tempering process (creating swords by hammering out the steel thinly in high temperatures) takes place once a month. It draws large numbers of people, who want to see the spectacle of the powerful impacts sending sparks flying. 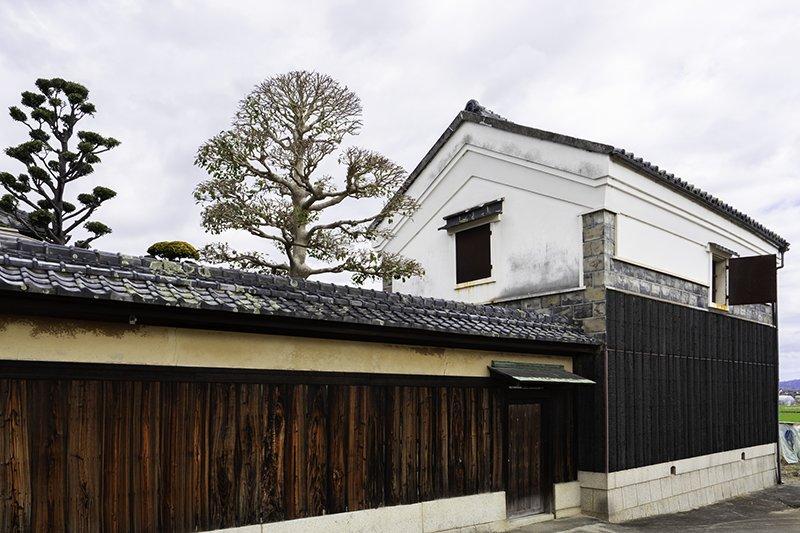 The Streets of Bizen-Fukuoka and Nakazakitei Mansion / Ichimonji Udon Restaurant

With a strategic location that saw a flow of people, goods, and information, Bizen-Fukuoka is a town that flourished as a mercantile city in the middle ages (1278). Even today, there is still urban development that remembers those bygone days. The century-old Nakazakitei Mansion standing in this townscape was the residence of a great local landowner, and is now open to the general public, offering displays of local historical records, works of art, and more.
Ichimonji Udon Restaurant, close to Bizen-Fukuoka, is a specialist udon eatery rooted in the local area. It is careful to use local seasonal ingredients, and visitors can choose and self-serve their own toppings. 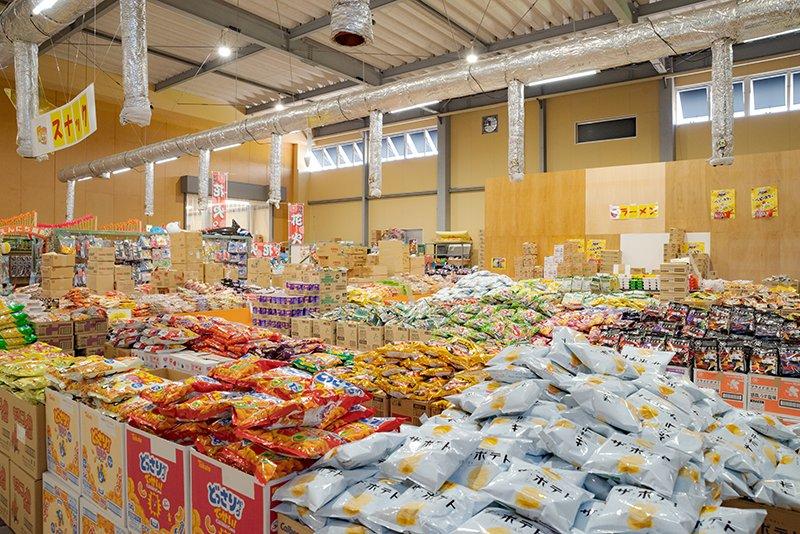 Nipponichi no Dagashi Uriba (The Largest Dagashi Shop in Japan)

Pass through the colorful entrance and you will find a great collection of Japanese confections. Adults and children alike can enjoy this store, where recently released products are lined up together with confections from over 50 years ago.
Its appeal is the cheap prices! There are many confections here for 100 yen or less. There is also an area inspired by Japanese festivals, where you can buy traditional Japanese toys and popular character goods cheaply.